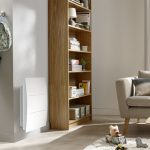 Week 2 – Which electric radiators for my home?

So, where did I go from here? I’d decided that electric radiators were the right fit for me but how did I begin to choose which brand, style and budget would go best with my needs? I knew physically what sizes I would need and had measured (three times) accurately, but I was in the dark in terms of wattage or energy.

After a bit of googling and looking at wattage and BTU calculators online, I decided that for the size of the rooms in my flat I’d want pretty high wattage. I only wanted three electric heaters in a five room flat and I wanted to be comfortable so I started looking around and settled on 2000 watt heat output which was the same as the existing heating solution I had in place. Because old storage heaters become less efficient over time, even though the new electric radiators were the same watt output, running costs would likely be lower because the new radiators would be more efficient.

I wanted quite a large and powerful radiator with some extra features as this would be my main heating source, not just an addition. Therefore, I decided to go with the Atlantic Galapagos range that I had seen on a few different websites. This range first caught my eye as I thought it was the most attractive out of the electric rads available to me, as it had nice sleek lines and a modern appearance. It also came large enough (1.6m/2m were the respective wall spaces) and was available in a better variety of wattage, as some of them only went up to 1500. It also included an extra few features that would be perfect for my needs like thermofluid technology, which meant that they stayed warmer for longer and were more like a conventional central heating system. I liked that it had three programme modes and a thermostat control, so that I didn’t need to worry about messing about with it too much. Once I set the temperature control the radiator would look after itself and the room temperature would remain constant. It also had the option of using with Cosytouch (an app-based programme), which appealed to me as someone who has a varied schedule and is often out of the house. 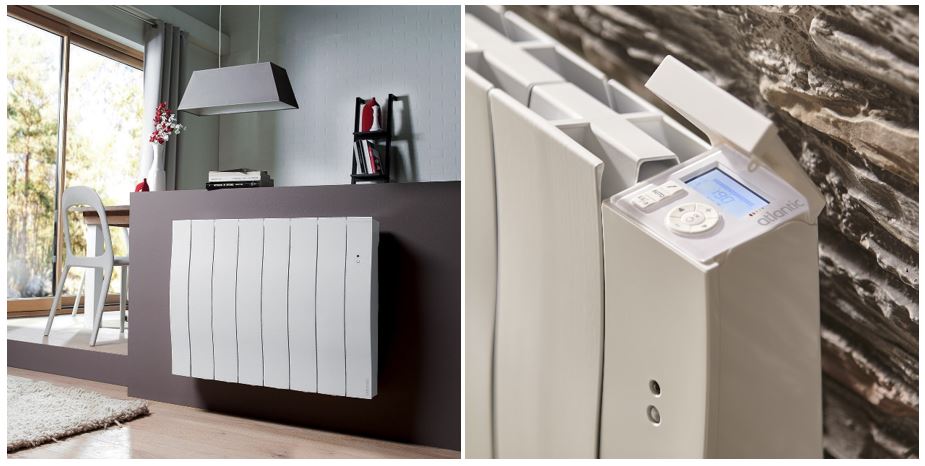 Whilst doing my research on various websites, I also kept an eye on the prices of electric storage heaters, just to ensure that I was making the best financial decision. I’ve included a table below of what I found when comparing the spec I needed. Storage heaters in general were around double the price of electric rads but had a very similar output and were bulkier in size. In the end, I settled on buying my chosen rads from Column Rads as I liked their delivery time and their prices were very competitive.

The Atlantic Galapagos is the most expensive of the choices I looked at, at about £500 a radiator. I’d dismissed other electric rads (ranging between £200-500) due to a variety of factors such as less attractive aesthetics, low wattage and them being too small. I felt that the Galapagos radiators would be worth the investment and it was important that I got the best heating that most suited my needs.

Adding value to my property wasn’t something I’d thought too much about, but after doing some research it made a lot of sense. By replacing the old storage heaters that I had, which were ugly and inefficient, with new, sleeker and energy saving rads, I was covering the cost by adding value, while also lowering energy bills. This electric heating system was a cost effective solution that was great for energy efficiency and my electricity bill. Some people want to move into a home and not have to worry about anything. These would give me (and possibly the next inhabitant) peace of mind of a safe, efficient and attractive heating system that should last years to come.

Now I just had to get them in and the old ones out.

Find out more about what Electric Radiators are available at Column Rads.