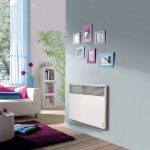 I was a little unsure about how much mess would be made or how complicated it would be to replace the old storage heaters with my new electric radiators, but luckily the process was fine. The electrician disconnected the old heaters from the sockets and worked to remove the cover. If you didn’t know, electric storage heaters contain extremely heavy, dense bricks that are designed to warm up, store heat and release heat gradually. This makes them very difficult to move and install. Each brick needed to be removed individually and put to one side before the bracket and back of the heater could be taken down. All in all, we were left with 30 very large, heavy bricks to dispose of. Our qualified electrician did a great job in keeping the process very neat, putting the bricks outside so that they weren’t in the way. The heaters are then left in two pieces of metal and element which can be disposed of. To remove and dismantle the existing heaters it took two people around an hour and a half, which was much quicker than I expected.

As mentioned, we then had to dispose of the 6 metal casings with attached elements and 30 bricks. We decided to take the bricks down to the skip and dispose them with construction waste and take the metal casings to somewhere where they could be recycled. One small thing to consider is the weight of the bricks. As they’re much heavier than conventional bricks we had to do 2 trips to the skip so not to overload the car with weight, although I imagine owning a van or much bigger vehicle would make this process easier. 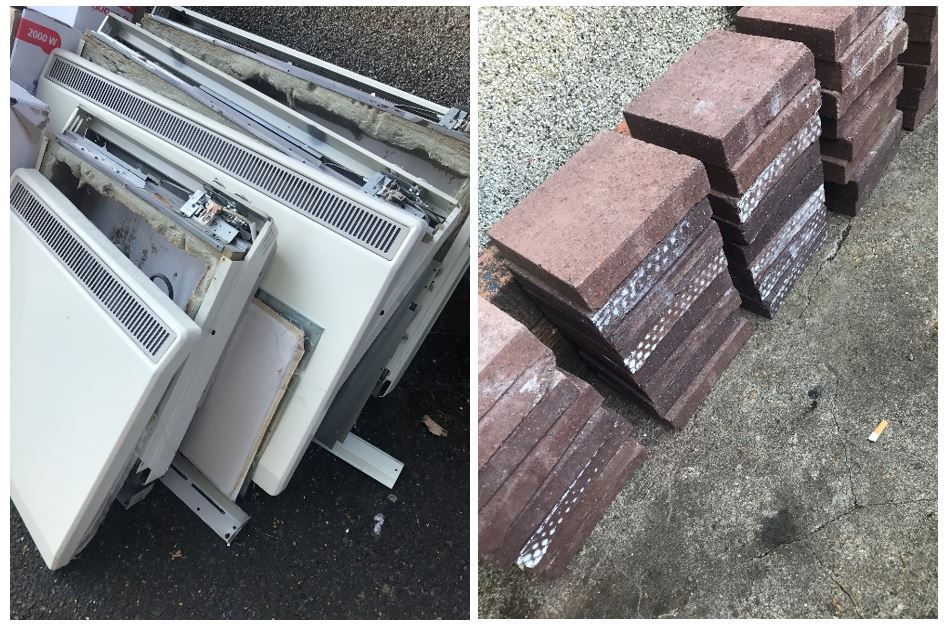 Two of the new electric rads were going in the same place as the existing storage heaters, so the job just required rewiring them into the existing socket and attaching them to the wall with the bracket included. One was slightly more complicated as it was going on a different wall where there were no electricity points. The electrician’s solution to this was to run off a spur from an existing plug, leaving a small amount of trunking and a new point. The wall behind the existing storage heater was slightly messy, but easily fixed with some sanding down and a lick of paint. The other heaters easily covered the wall, but this might be something to consider if changing the sizes of your heater, often they’re put up before the room can be decorated. 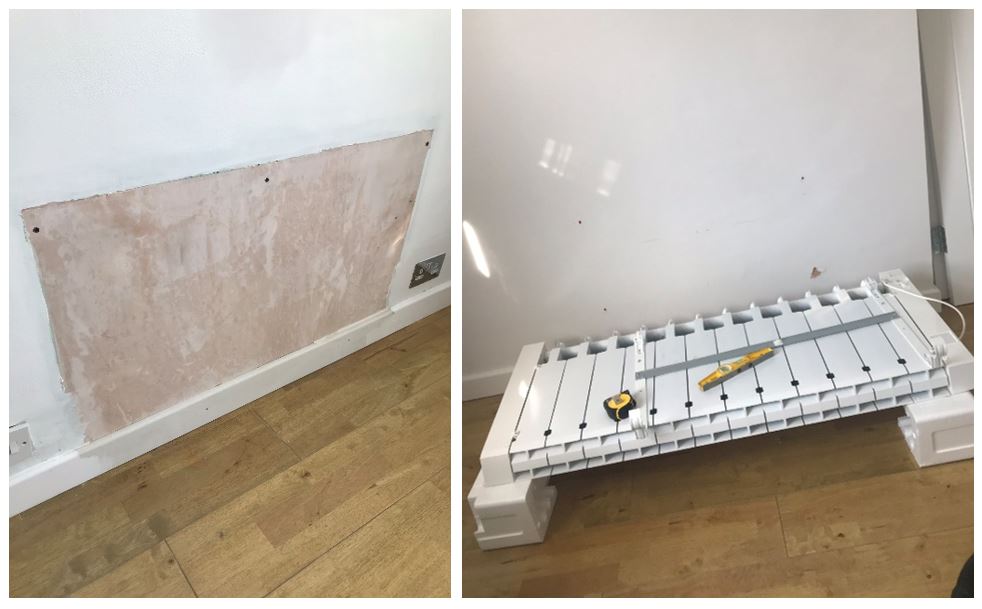 Another issue with night storage heaters is the economy seven meter. When I bought the property, it was in an economy 7 tariff, charging a cheap rate at night and a more expensive one in the day. The meter also has two readings due to this. When I changed to electric heaters I obviously, no longer wanted to be on a night and day tariff. The electrician had to update the meter to ensure it was compatible to the new spurs and modernised fuse box, and all I did was ring up my energy supplier and switch to a fixed electricity tariff that I was happy with and that would help with the running costs.

Overall, I was very pleased with the heating solution and installation. It was much quicker and cleaner than I expected, and my electrician did all the work of removing and installing the new rads, plus a couple of other bits in about 6 hours work. The left-over material was easy to remove and dispose of, although the very heavy bricks are something to note. There wasn’t any damage to my walls, and it needed very little decorating after (apart from the empty wall). Obviously, the quality of work is dependent on the tradesman you employ, but generally it was all quicker, more cost effective and easier than I had assumed.